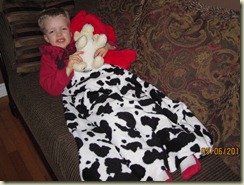 Asher decided the other day that he had broken his foot, so he wrapped a blanket around his leg & I told him he should go see the doctor.  A few minutes later he went to lay down on the couch & said, “the doctor told me I need to have a rest.” 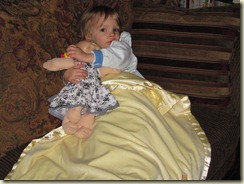 Never one to be left out of this kind of fun, Chancery followed suit, grabbing her baby, & asking me to help her onto the couch & put the blanket on her.

So, it might look like we’re suffering from some type of illness or lethargy, but don’t worry, we’re all feeling just dandy! 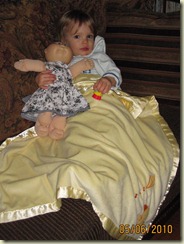 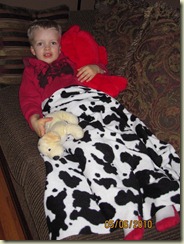 Written by Sherilyn -Dominee Huisvrouw at 09:14:00