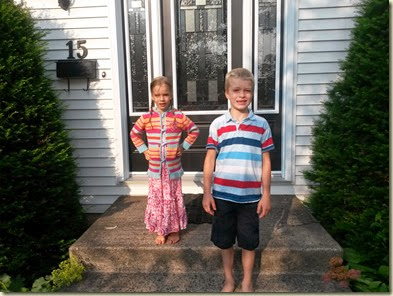 Asher: “I can’t find a spot where the sun isn’t in my eyes!” 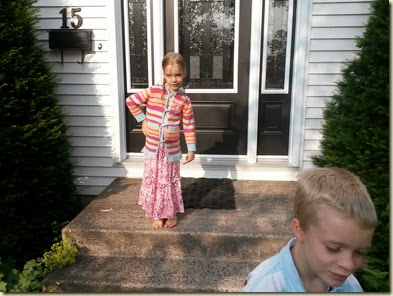 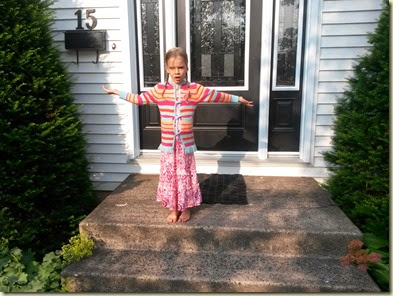 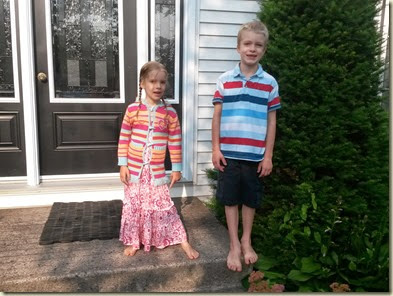 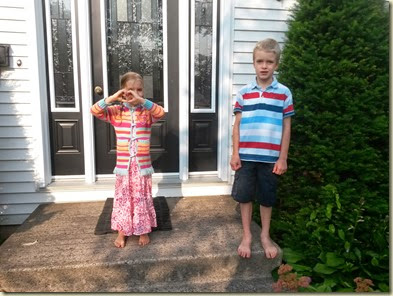 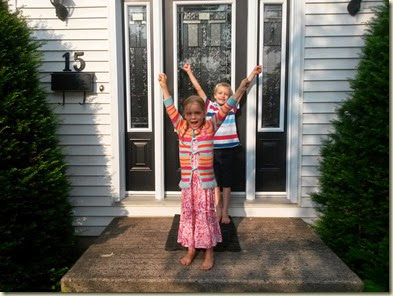 Asher: “I like them even better when they are done!”

Written by Sherilyn -Dominee Huisvrouw at 05:14:00 No comments: Links

It’s summertime, get outside & enjoy it before it’s too late!

Written by Sherilyn -Dominee Huisvrouw at 08:20:00 No comments: Links 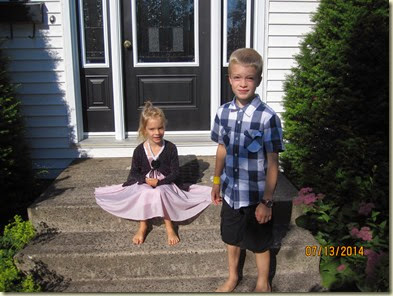 Asher: “Are you ready for your mind to be blown?” 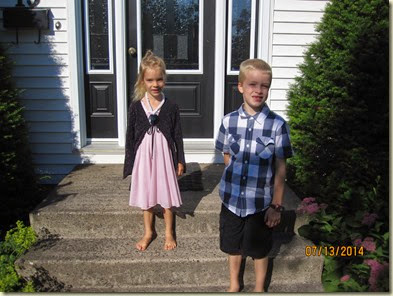 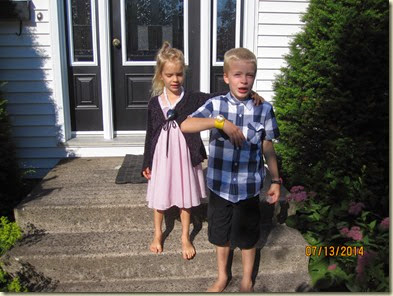 Asher: “This isn’t a watch on my wrist…” 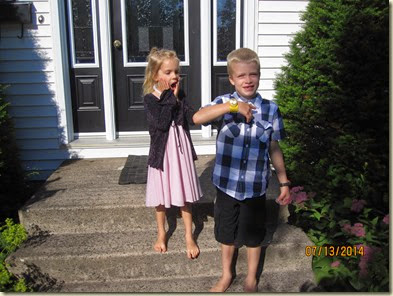 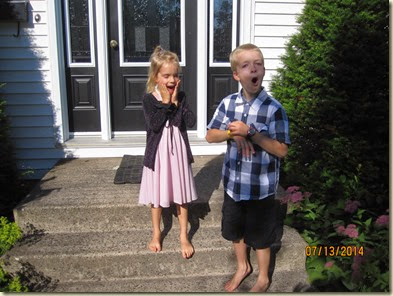 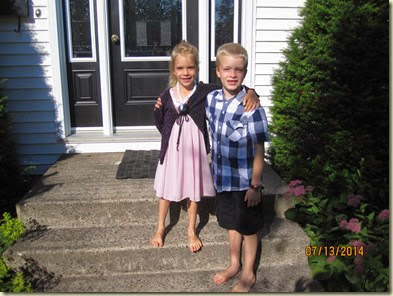 Written by Sherilyn -Dominee Huisvrouw at 05:12:00 No comments: Links

Every summer my cross-stitching group goes for dinner & a play.  This year, we thought we’d combine the excursion & go to a dinner theatre.  We saw “Heard It Through The Grapevine”, & it did not disappoint!  We showed up excited, & hungry, which was the perfect combination, because there was lots of delicious food, and outstanding entertainment. 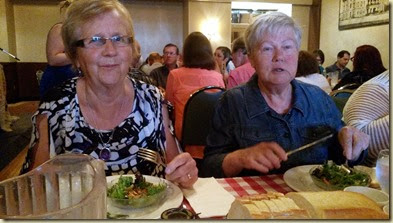 The play is set in “Potatoville” PEI, with the action centering on the mayor stepping down from his office, & 2 of the townspeople running against each other in an election.  The audience also participates as towns people, contributing questions to the debate, & voting for the new mayor.

At first we weren’t sure how good of a time we would have.  The actors are also the waiters, & they stay in character the whole time.  Our waiter was the town bumpkin, & he did a great job of playing his part.  One of the mayoral candidates took a shine to our table, & tried very hard to win over Ellen & Adri, even going so far as to serenade them! 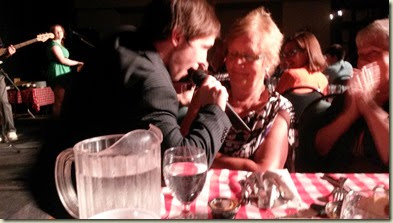 I’d say he succeeded, wouldn’t you? 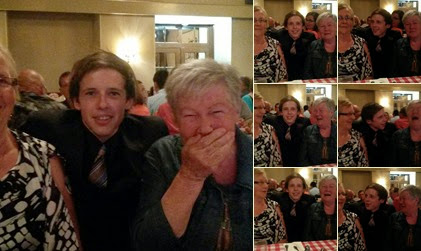 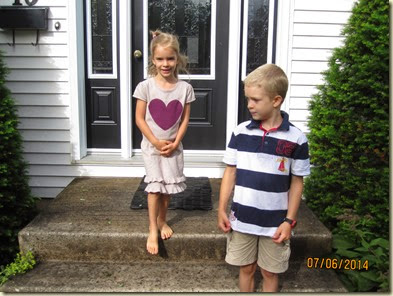 Asher: “Are you coming down here, Chancery?” 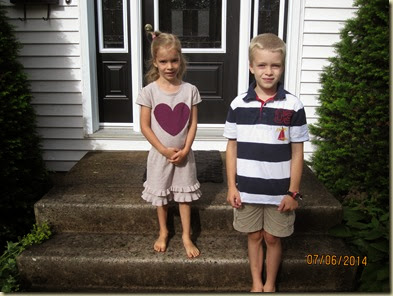 Chancery: “No, I’m on the first place step, & you’re in second place!” 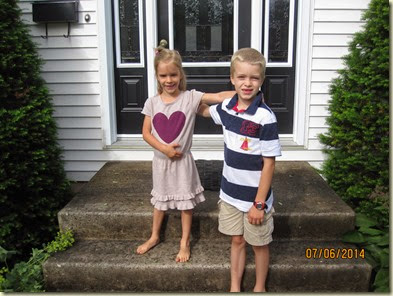 Asher: “I didn’t even know it was a competition!” 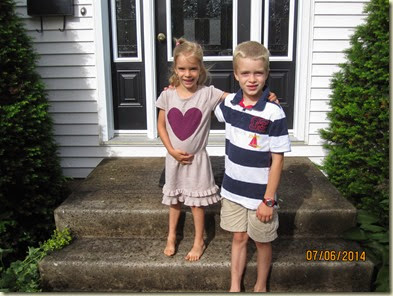 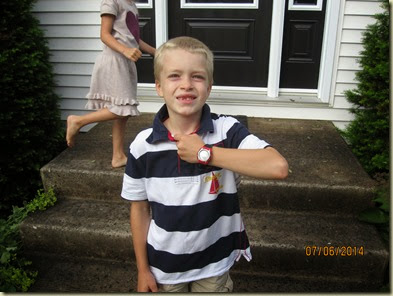 Asher: “That’s ok, I won the ‘who can stay the longest’ competition!”
Written by Sherilyn -Dominee Huisvrouw at 05:16:00 No comments: Links

Asher had finally gotten another loose tooth.  He had lost his first 2 teeth last summer, & since then, all his teeth had remained solid.  We tried to convince him to pull his tooh, or to let us pull his tooth, but he always refused saying that it would hurt.  I even tried to coax him into pulling it out on his birthday, “Wouldn’t it be cool to lose your tooth on your birthday?”  He remained steadfast, “No.”

What finally convinced him to pull his tooth?  It was nearing the end of the school year, & his teacher had little gift bags she would give to students when they lost their teeth.  He didn’t want to miss out on getting his gift bag, so he ripped the tooth out on the bus on the way to school. 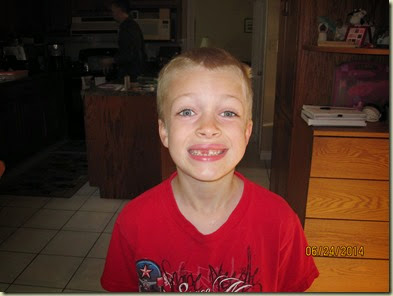 Written by Sherilyn -Dominee Huisvrouw at 06:03:00 No comments: Links