And now, for your viewing pleasure, I give you "Digby's New Toy", a short video starring Digby, & his new toy!

Written by Sherilyn -Dominee Huisvrouw at 11:14:00 No comments: Links

As We Wait For Gilmore Girls....

In a few short days the eagerly anticipated Gilmore Girls returns to our screens for four 90 minute  episodes.  But as I look forward to these new installments, I also know that it will be over too soon.  I have been waiting for Chancery to be old enough to watch Gilmore Girls with me, so I did not re-watch all the old seasons in preparation for the re-boot, but I have been thinking of all the other shows which have tided me over in the last several years & have some connection to Gilmore Girls. 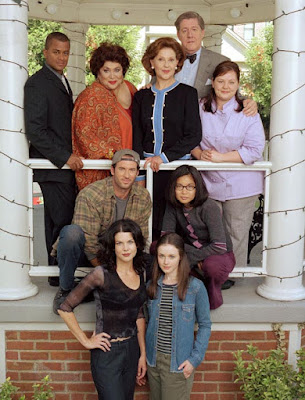 If you have not allowed yourself the pleasure of the fast-speaking, coffee drinking Gilmore Girls, I advise you to start there.  It's where it all began after all.

Now, I have not actually watched Parenthood (I don't know what was going on in my life at the time, but I didn't really hear much about it when it was on) but I have heard all kinds of good things about it in the last year & I intend to go back & watch it.  One of the main characters is Lauren Graham (Lorelai Gilmore on Gilmore Girls). 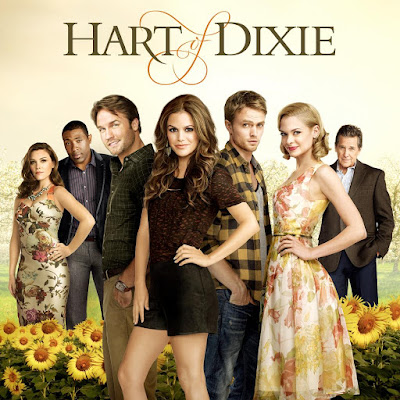 Hart of Dixie is the story of a female doctor from New York city who is bequeathed a small town practice, or half of it anyway.  The show deals with her adjustment to small town life & the quirky characters who are her new neighbours.  Hart of Dixie uses the same sets at Gilmore Girls. 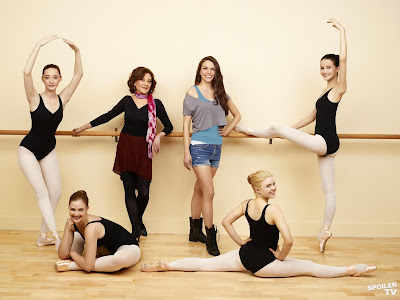 Bunheads is a story about a Vegas showgirl played by Sutton Foster, who moves to a small coastal town, & begins teaching ballet.  It's written by Amy Sherman-Palladino, who also wrote the first 6 seasons of Gilmore Girls, & the upcoming Gilmore Girls: A Year in the Life.  Many of the actors from Gilmore Girls also appear in Bunheads, such as Liza Weil (Paris Geller), Kelly Bishop (Emily Gilmore), & Sean Gunn (Kirk). 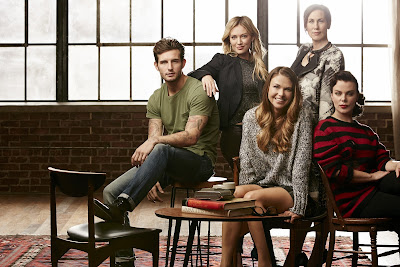 Younger also stars Sutton Foster as a recent divorcee who is on the hunt for a job.  When she discovers that she keeps getting turned down for being too old (over 40), her friend encourages her to pretend to be in her 20's.  She is now trying to maintain her younger identity & keep up to speed on all the technology, fashion & slang she should know! 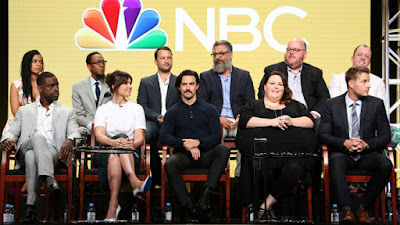 I've heard that This Is Us is the new Parenthood.  If you liked Parenthood, you will probably like This Is Us.  It has a great cast including Milo Ventimiglia (Jess from Gilmore Girls).  It follows the lives of triplets (one who's adopted), who are trying to figure out adult life, & also flashes to their growing up years, giving us some perspective on what they are struggling with. 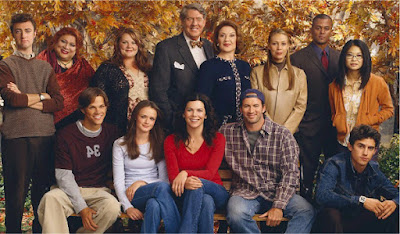 And we're back around to Gilmore Girls!  There has been some discussion on whether the show will return for more after these 4, or if it will really be over.  I'm excited to see what the people of Stars Hollow have been up to over the past 9 years, but I won't get my hopes up for more episodes.  After those are over, I have lots of other shows to get caught up on!

Written by Sherilyn -Dominee Huisvrouw at 11:00:00 No comments: Links

Last week was the biannual CRC PW Conference/Retreat.  I never know what to refer to these events as since they are both a conference (we have speakers & break-out sessions), & a retreat from our everyday lives, so I waffle between the two.  This year the event was held in San Diego, & we had gorgeous weather (32C/95F)!  It was great being able to see old friends & meet new ones as well.  We played games, wandered around the city, laughed, cried, hot tubbed, learned about difficult places, & God's grace through it all.

And when the conference was over, some of us stayed for a few extra days.  These are the hijinxs we got up to! 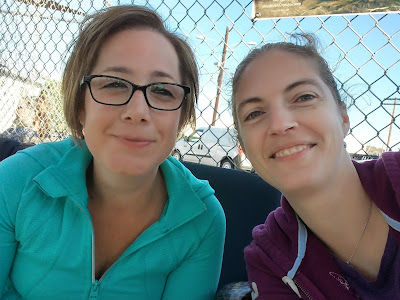 Alicia & I  searched through Groupon for fun activities, & we decided we didn't want to do things we'd do with the kids (like the Zoo, or SeaWorld) 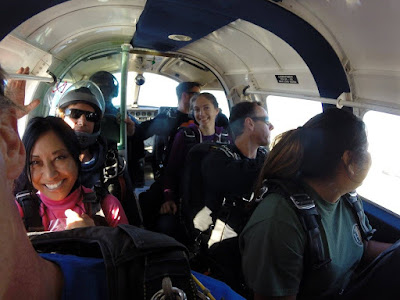 So we decided to jump out of a plane! 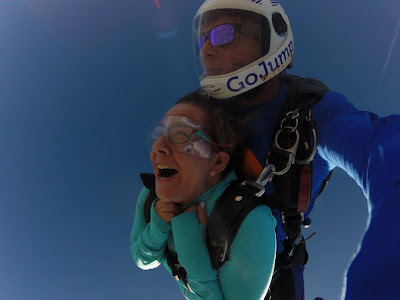 It was crazy fun, & it was an added bonus that the weather was so nice!  We didn't have to worry about being cold at 13,000 feet because at 8am, it was already 23C , so a light sweater was all we needed. 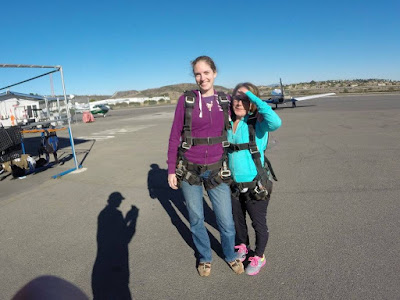 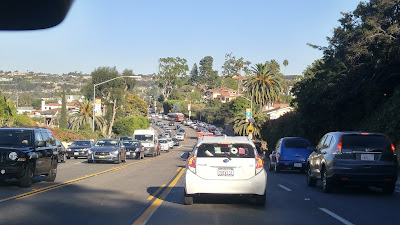 Next, we went to the beach!  On our  way there, Alicia kept saying, "look how beautiful this is!"  So I took a picture.  Then she informed me, she had been talking about the view of the water out her side of the car!  Oops, I still think the palm trees lining the road are cool! Alicia had a surfing lesson while I layed on the beach reading a book.  Our friend Beth joined us as well, & had a nice stroll along the shore.  See, there's something for everyone in San Diego! 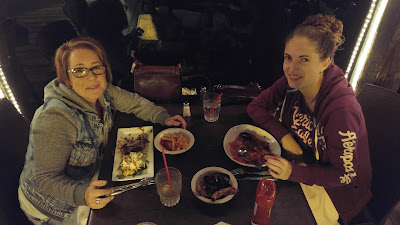 Our last evening, the three of us went to a little shopping area for supper & to look for some souvenirs.  I had mussels, which were good, but not as good as PEI mussels! 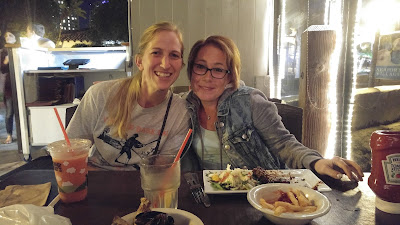 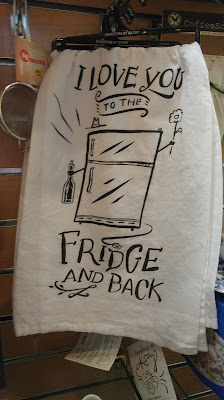 In one of the shops I found this awesome dishtowel, but I was unwilling to spend 13 American dollars on it, so I just snapped a picture instead & called it a night.

At the rental car place, we were told to go pick the car we wanted.  When we got to where the cars were, there were a few Chevy Cruzes, & a lady was about to drive away in a Fiat 500.  "You're lucky you got here before us!" I joked.  She replied, "Do you want this car?  I work for the company & I just have to bring a car to the other lot." 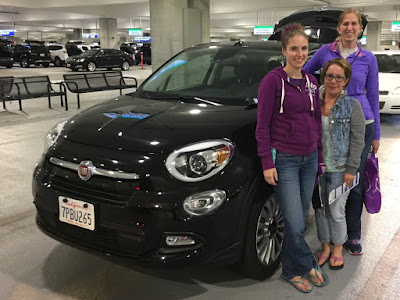 So, we got the Fiat 500 for the day!  It was a fun ride, but I think something was wrong with it because it was making some weird sounds! 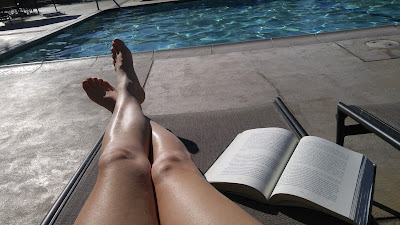 The next morning the other girls left, & I was on my own, so I took my book to the pool to while away the hours before my flight home.

It was a busy, yet refreshing week away, & I look forward to the next one in 2 years' time!

Written by Sherilyn -Dominee Huisvrouw at 13:24:00 No comments: Links

This year the kids changed their minds about a billion times on what they wanted to dress up as for Halloween, so I decided I was not going to buy anything for their costume until they had decided for sure on what they were going to be.  That left us buying a pumpkin bucket for Chancery at 4pm on October 31, which was not the ideal time, but there was a last minute blow-out sale & we got one for less than a dollar, so I call that a win! 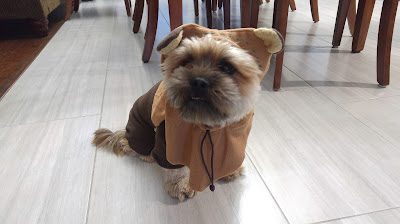 Digby was easy to dress.  We just had to not book him for a haircut until after Halloween!
Isn't he the cutest Ewok you ever did see? 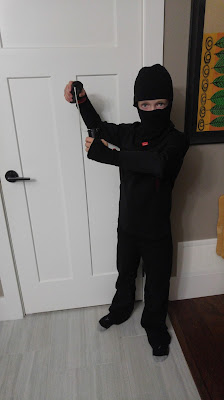 Asher chose to be a Ninja.
We made him nun-chucks out of toilet paper rolls & some string. 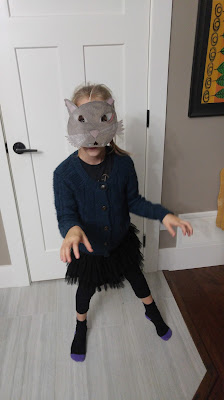 Chancer decided on Sunday to be a black cat, & emerged from her bedroom after rest-time with this mask she had made herself!  Chad helped to cut out the eye-holes, but the rest was all her own doing. 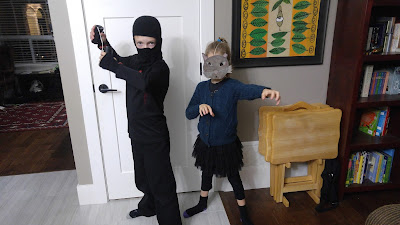 Here they are, good thing we went out early enough that it wasn't too dark, or I wouldn't have been able to see them!

Written by Sherilyn -Dominee Huisvrouw at 16:19:00 No comments: Links