We have lots of cruise ships coming into Charlottetown this time of year.  Sometime 2 or 3 in one day.  I happened to be downtown a few weeks ago & noticed that one of the ships was docked out in the harbour & was using their little boats to ferry passengers back & forth.  I thought it would be really neat to take the kids to see when the ship was getting ready to leave port, as they would be hoisting the boats up. 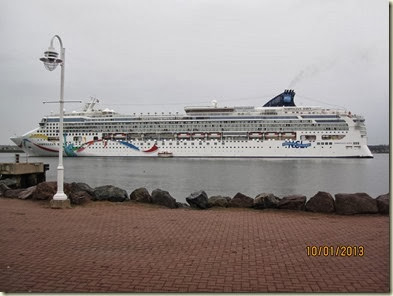 Here the boat is just starting to be lifted from the water. 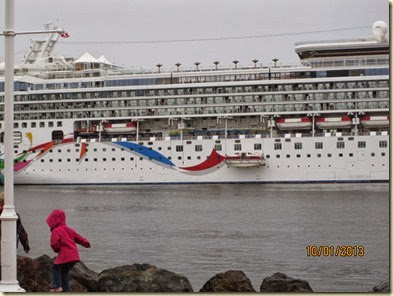 The kids seemed to be more excited about running around on the rocks than watching, but I found it extremely interesting! 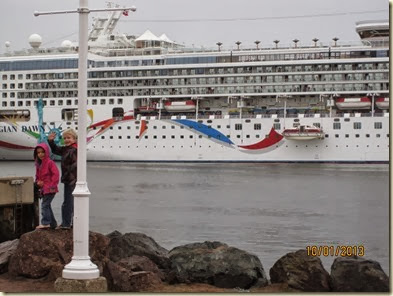 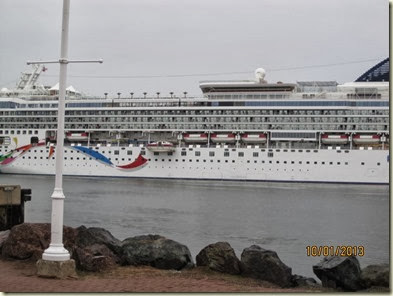 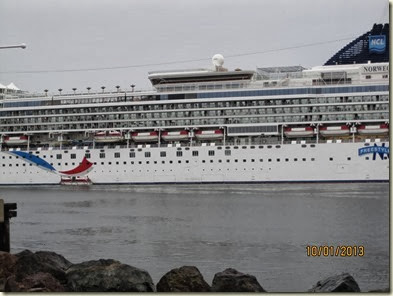 And here the ship that was further out in the harbour (Norwegian Dawn) had to move so that the ship in port (Veendam) could leave. 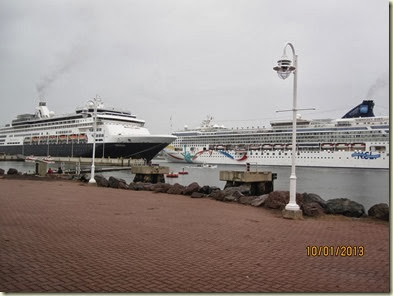 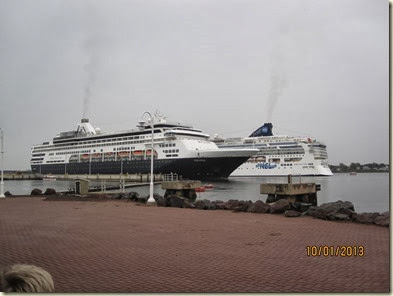 Here the Veendam is leaving port 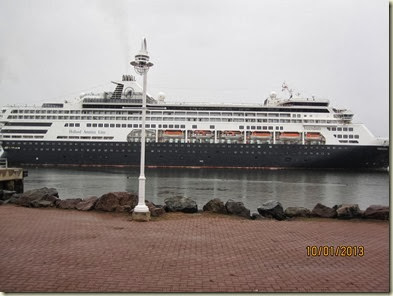 And the Norwegian Dawn is turning behind it 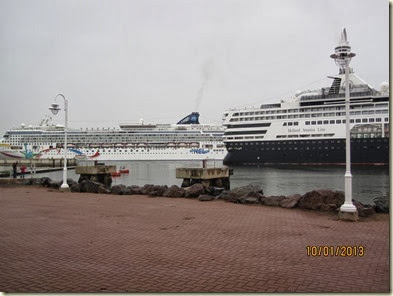 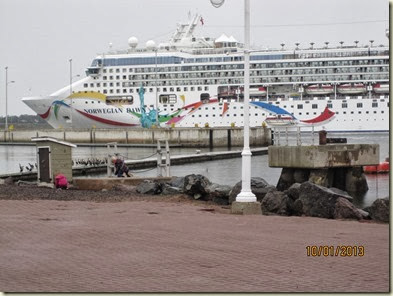 Sadly, we didn’t get to see the Norwegian Dawn leave since it was raining & we’d already been down at the docks for quite awhile.  I probably found it more interesting than the kids did, but it was a fun thing to see.

Written by Sherilyn -Dominee Huisvrouw at 10:06:00