Asher' birthday this year was also the last day of school, so his whole class celebrated with pizza, donuts, & going bowling!  You might think that was enough, but Asher was not satisfied that that was enough of a celebration!

After school we let Asher open his presents! 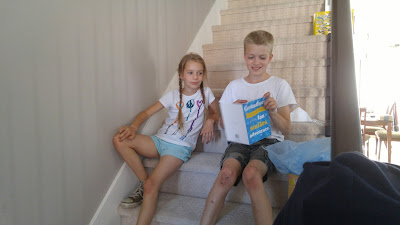 A card from Grandma & Grandpa! 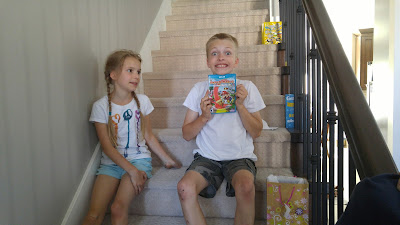 A new video game (which we have all been enjoying!) 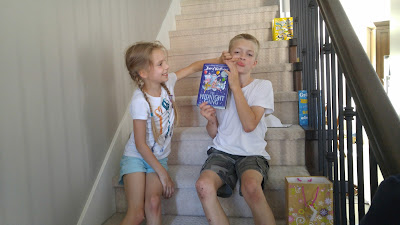 A new book by David Walliams!  The kids love these books, & Asher actually is happy about the gift, he just insisted on not smiling...

Then we headed to Montana's for dinner since Asher wanted to go somewhere that would make a big deal out of his birthday.  Seeing as they put a giant hat with moose antlers on your head while they sing to you, Montana's fit the bill! 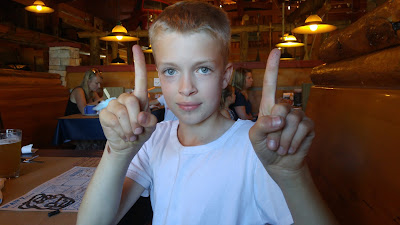 Looking forward to a year of 11!

A few days later we had a birthday party at the splash park with some friends from church & school, but we had such a good time we didn't take any photos.  We'll just have to remember the good times instead!
Written by Sherilyn -Dominee Huisvrouw at 14:08:00